The things that set Cabrillo Economic Development Corporation apart from other property management companies are its compassion, caring, and a desire to create communities and a sense of family both in the workplace and within the neighborhoods and communities that Cabrillo builds.

No one at Cabrillo is more representative of those ideals than Monica Campos. Campos is the resident manager at Fillmore Central Station, one of 24 affordable housing properties managed by Cabrillo.

Campos said there are many things that make working at a Cabrillo property special, but the one thing that always inspires her is handing the keys to new tenants and seeing the glow on their faces, giving them hope and a house to live in. “Working at Cabrillo never disappoints,” she said.
Monica has learned to work as a team member and has learned to inspire others, Luz Soto, Director of Property Management and Resident Services said.

“Monica has the gift of connecting with people, building relationships and partnerships. She is an inspiration and a role model. Monica has always been there for me,” said Dolores Rodiles, property manager at Cabrillo’s Camino Gonzales and Paseo de Luz Apartments in Oxnard.

“When I first started in 2009, she was there to help me with my first re-certification. I was so impressed with her, not only of her knowledge but also of how patient she was with me. Not once did she make me feel like I was dumb or incompetent. I respect her for that. She is a true team player. I know other managers look up to her. She is caring, warm, and always positive,” Rodiles said.

Cristina Heredia, resident manager at Cabrillo’s Villa Cesar Chavez Apartments in Oxnard, agreed saying, “Monica is outgoing, funny and knowledgeable. She is always learning, going to meetings that affect housing – meetings that are not required, but that she is interested in – so she can learn all she can about what is going on and how that will affect our residents, jobs, and policies.”

Campos came to Cabrillo in 2006 from the Housing Authority of Santa Paula, where she worked for 10 years processing Section 8 housing vouchers. She said she felt trapped behind a desk and did not feel like she was helping anybody.

“I heard about Cabrillo and what they were doing from colleagues and in the community. I saw something in the organization and saw them helping and making a difference. It felt like the place I needed to be to make a real difference,” Campos said.

She said Cabrillo’s founder, Rodney Fernandez, was the most giving and open person she’s ever met and his way of leading with compassion made her feel like she was able to be true to herself.

“All my co-workers at Cabrillo are so kind and share these ideals,” she said. “We all have something special to offer and we do everything together as a group. We collaborate. It’s like a clock that doesn’t work right if something is missing. Each of us does our part,” Campos said.

Campos is very involved with the residents, too, caring for and making sure they are all OK, Soto said, adding that Campos’s close relationship with residents has given her an opportunity to advocate for them and suggest new opportunities. She said Fillmore Central Station student residents have received scholarships every year because Campos helps them and encourages them to apply.

Campos, who has been the property manager at Fillmore Central Station since it opened in 2010, said she has watched as her residents’ families have grown up alongside her own and are going to college. This year, six residents are graduating from Fillmore High School and going to college, including Campos’s own son.

According to Campos, that is a change in mentality from when Fillmore Central Station first opened. Residents now believe that their children can go to college.

“Education is important to the residents now. One family has seen three daughters and a son all go to college. The oldest is pursuing her PhD at Arizona State University, which she will complete in 2021. She is also a professor and teachers her own class there. The next graduated from UCLA and has a Masters of Mathematics and teaching credentials. She is teaching at Amino Charter High School as a math teacher and sports director. The youngest daughter is at CSUN pursuing her Masters of Social Work. The son will graduate from Fillmore High School this year and plans to go to Moorpark College. He is into music and part of the band and Fillmore Mariachi,” Campos said.

She said all six of the family members lived in a studio apartment before moving to a four-bedroom, two-bath unit at Fillmore Central Station.
“Living at Central made their lives easier. They had privacy, their own rooms. They didn’t have to go somewhere else to study – a friend’s house or Starbucks – so they could concentrate. They could study at home. That we can provide that kind of stability for someone makes all the difference,” she said.

According to Soto, Campos is wise at managing her budget, finds a number of community resources for her residents, and actively solicits these resources from the community for her property and others.

Fellow property managers recognized Campos for all she does during the annual holiday luncheon this year, presenting her with a gift basket and their gratitude for her efforts in organizing the Toys 4 Tots project for residents.

“We’ve participated in the program in the past, and because of the number of properties we own, it has been a bit chaotic to manage, but Monica stepped up and said she wanted to manage it this year. She served as a liaison between our properties and the Toys 4 Tots organization. She met with the coordinators and with managers to follow up on applications and requests.

Cabrillo and Toys 4 Tots were able to distribute gifts to 902 families at 18 properties.

“Monica is a genuine person who loves to help and is the type that will give you the sweater off her back. I can honestly say she is a role model and a great example of what Cabrillo means,” Heredia said. 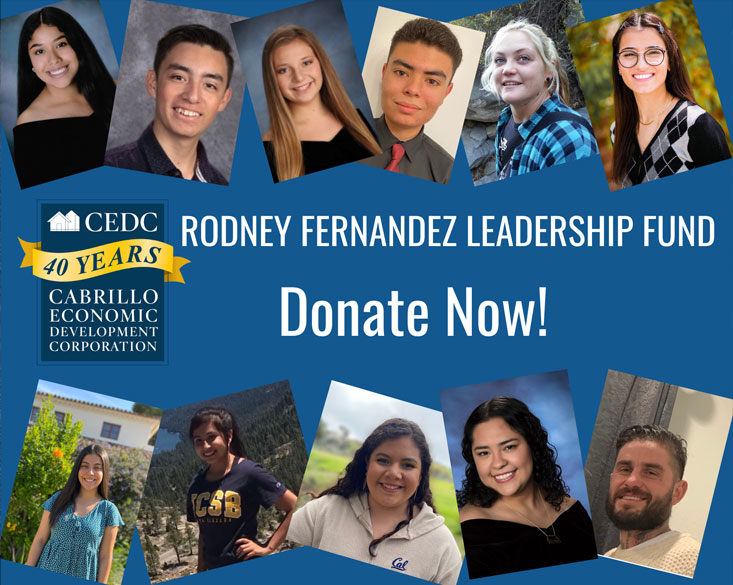